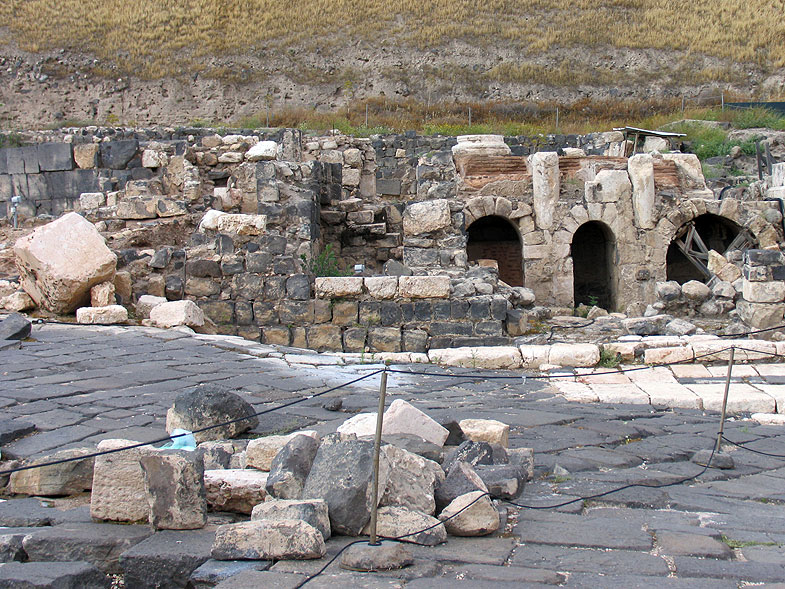 Beit She'an is one of the oldest cities in Israel.

Beit She'an is located in the north of the country in the Jordan Valley, 20 kilometers from the Sea of Galilee.

The city of Beit She'an is mentioned in Tanakh when describing the entry of the people into the Land of Israel.

Under King Shaul, Beit She'an was conquered by the Philistines, but King David returned it and gave it to his son Shlomo. The Greeks called Beit Shean Skitopolis. In the Byzantine era, Skitopolis was an important Christian city.

In 749 the city was destroyed by an earthquake.

In the archaeological excavations carried out in the 60s, a synagogue with a mosaic was found here. In the 90 years the excavations resumed. There were found the ruins of pagan temples, the Roman theater, baths.

On the site of archaeological excavations in the territory of the modern Israeli city of Beit Shean is the national park Scythopolis. Here you can see the ancient Greek amphitheater, colonnades, mosaics, Roman baths. In 2008, a light and sound show was opened for tourists.


City streets and attractions near the city:

City streets and attractions near the city:

Israeli Settlements in Judea and Samaria

Religious Cities and Villages of Israel

Distances between Cities and Villages

The Health Care System in Israel

Hospitals and Medical Centers in Israel

Cities and Villages of Israel

Traveling in the Holy Land

The Antiquities of the Land of Israel